Not too long ago, the majority of the United States was made up of farmers. People had gardens and farm animals to produce the food, clothes, and shelter they needed to survive, preserving what they could in root cellars so they had food for the winter.  And they typically grew or raised a little extra, and sometimes a lot extra, to sell and earn some money.  Samuel M.’s father, John Parmer owned land, and John’s father Emanuel owned land, and Emanuel’s father Henry owned land.  But during the late 1800’s and the early 1900’s people began to abandon the farm and move to the city.  It was the Industrial Revolution.  Farmer’s were having a harder and harder time making money by farming, in part from overproduction, tariffs, and monetary policy.  But the cities, with their factories, drew people to them.

Such was the case with the Parmers.  Samuel M. had farmed with his family, and as a hired hand, but at some point, he moved to the city for employment.  Eventually, his parents followed him to the city.  But the farm, working the land, and the beautiful country can be enticing. Such was the case with Samuel M.’s youngest son, Luther.  I’ve already shared a lot about Luther, so if you haven’t read the previous posts about him, take some time to read them.  In Of Pigs and Farms… I talk about Luther’s city life and his move to the farm sometime after 1917.  There’s even a photo of the home where he lived in Highland Township, Chester County, PA, where he worked a farm until 1926, when he went to market to buy a pig and came home having bought a farm.

What was farm life like in Pennsylvania in 1925?  Probably a lot different than farm life today, but maybe not in everything.  Luckily, we have some photos of Luther and his early 1920’s farm life.  Let’s take a look! 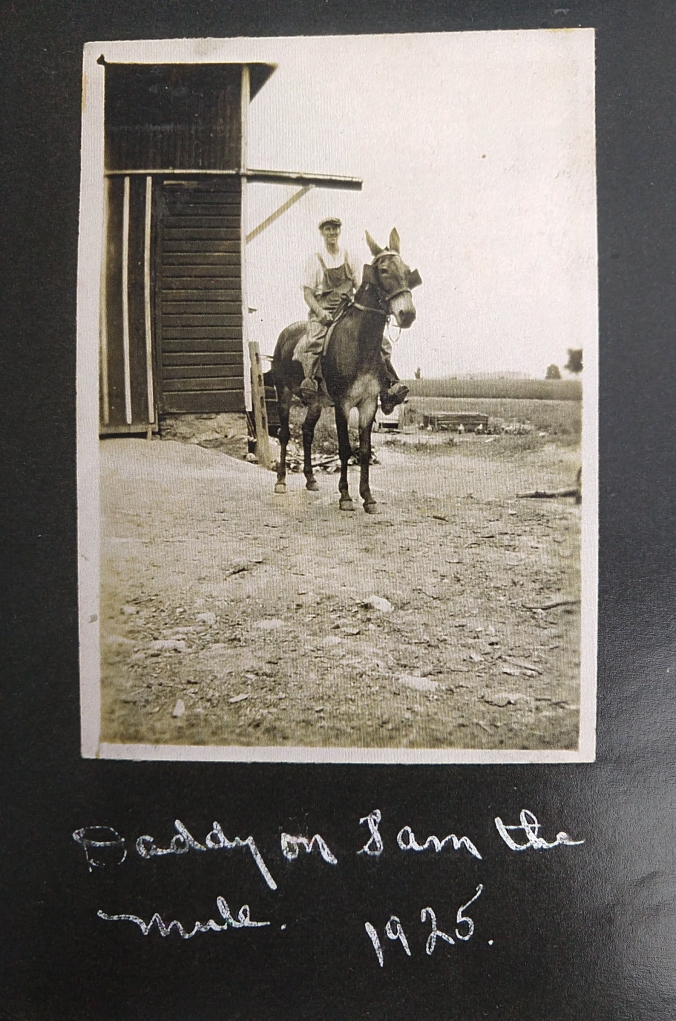 Luther at the farm in Highland Township, Chester County, PA.

This next picture, I just love!  I love the child surrounded by the animals.

I bet she had some food she was giving them.  Look at all those chickens….and some ducks!  It’s not too common for people to have ducks today, but it once was not uncommon.  I remember having chickens growing up.  We had quite a few that we ended up putting in the freezer eventually.  A few years ago my family had some chickens, but only a few.  We had six, but after the neighbor’s dog had an afternoon in our yard, we ended up with two survivors.  I love the fresh eggs!  I miss having chickens.

Is that a big enough garden?  I love that the two girls, Jean and Mae (Dollie), were enjoying farm life too.

What would a farm be without cows!  Notice her mouth wide open?!  I can almost feel her excitement and joy. 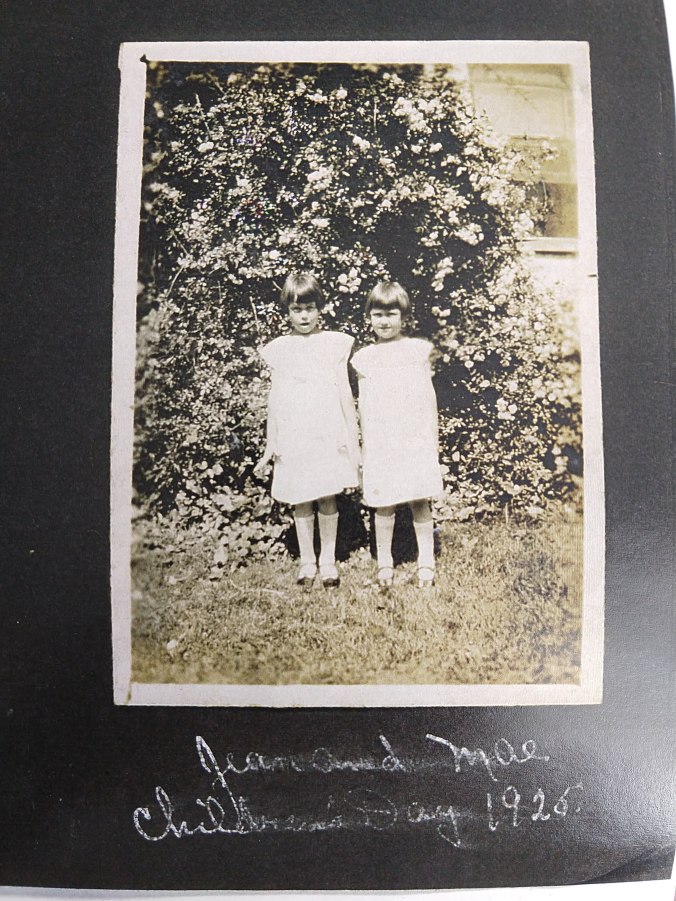 Luther and Mary are on the back row at the right, with their daughters, Dollie and Jean in front.

And that’s what we have to show farm life for Luther and his family.  Although there are a few differences, I suppose much of it would be the same today for those who have gardens and animals. Thank you, Ronald P. Scott, for sharing the photos.  There’s just not a lot of people today who farm, at least not compared to the number of people who farmed a hundred years ago.  Now people pay money to visit farms.  I wonder what Luther would have thought about that!