Over the years, Samuel and Rebecca lived in various houses as they raised their children, living for a time near Samuel E.’s brother, Luther, and his father, Samuel M.  Samuel E., like his brother Luther, worked in a cork factory as a cork cutter.  Here’s a photo of some cork cutters at work at Armstrong Cork Company.

Samuel appears to have worked as a cork cutter for some time.  In both the 1900 and the 1910 censuses he is listed as a cork cutter.  For some reason he changed jobs.  Maybe he got tired of cutting cork.  Or maybe he was just looking for something that could provide a better living for his family.  At some point between 1913 and 1916, Samuel E. became a night watchman at Donovan Co., a department store.  Here’s a 1918  newspaper ad for Donovan’s:

There’s also a photo of Donovan’s and other department stores at the time here.

Between 1929 and 1930, Samuel changed jobs again.  Maybe being a night watchman was catching up to him.  It’s not easy to stay up at night.  Teenagers seem to be able to do it, but it’s not so easy as you get older!  Samuel would have been about 55 years old.  He became a janitor for Franklin and Mary College. 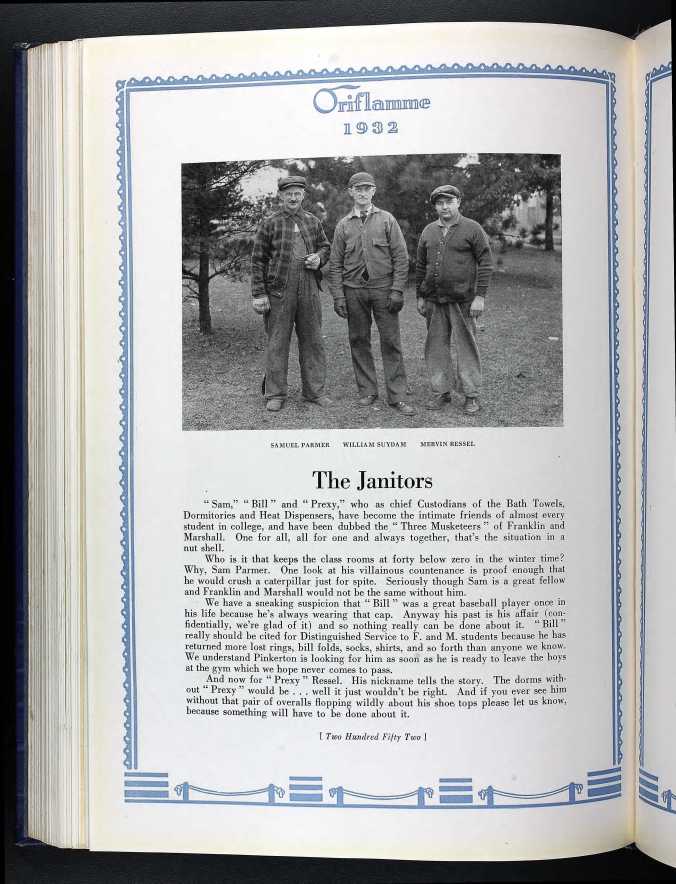 Photo from ancestry.com and originally shared by srohrer63